This is a song mixer app that is easy to be used by songwriters, music lovers, DJs or any individual to edit their music and mix instrumentals and songs for classic sound and song productions.

The song mixing app is developed by DJiT -( Best free music and audio apps for Android), an entertainment company located at Boulogne Billancourt in France in collaboration with pro DJs, and the app was voted the most used DJ app worldwide from 2013 to 2015.

It incorporates the real DJ set in the app and it’s also good to learn several things DJs do with music mix apps and software to add colors to your events, parties and other ceremonies.

Thinking of how to start mixing your songs, Just plug your phone into loudspeakers and start editing your songs already downloaded on the phone and you become the live DJ rocking your party.

Apart from working on the downloaded songs in the music folder of your android, you can also get a huge number of tracks in millions from SoundCloud integration, and Deezer (which requires an upgrade to a premium account).

The music mixer app is second to none.

You can remix the songs easily with like-features of a real DJ music mixer engine or a professional DJ music mixer software used on PCs with real-time song processing and including hardware integration to make the app work more than just a mobile song mixer app.

With the song mixer app, you can search for songs either in your local directory or other music folders with even advanced search.

This enables you to search in order of alphabet or time of download, create playlists, detect the Beat per minute (BPM) of all your songs, adjust the BPM.

You’d also be able to synchronize two different tracks, use free samplers to add noise and sounds to your music such as a gunshot, echo etc and also link them to the crossfader.

Other features of the free DJ music mixer app are the automix, Slip mode for activating Loops, HD recording in wav format, setting Cue on deck.

It also has the capacity to customize the turntables, the panel, the app interface, and generally the app functionalities to have better user experience than other song mixer app.

To download edjing Mix DJ music mixer app on your phone, it requires at least an android 4.0 version, and more than 20,000,000 installations have been recorded from the google play store at the time of writing this review. The mobile song mixer app work exactly like a live DJ as you are to crossfade between tracks that are playing simultaneously, add effects to the music, and alter the original makeup of the songs by changing its pitch beat per music (BPM) and rhythm easily with automation using the Auto DJ feature on the app to mix your music automatically.

It has one of the most easy-to-use app interfaces compared to some complex free DJ music mixer apps and it can be used by anyone without any prior knowledge of music mix, music editing, or experience in music productions.

With this free music mixing app that can be downloaded for use on android, iOS, iPad, and any smartphone, you can add favorite songs to your playlists which are always editable using the drag-and-drop feature and that’s one of the reasons it recorded almost 10,000,000 installs from Google play store.

To download and use the song mixing app, it requires at least an android 2.3 version and it’s tested to mix different music in Mp4, mp3, 3gm, Ogg, mid, wav, etc music file formats the app is currently available in three languages and still counting; including, German, Spanish and Bulgarian.

Unfortunately, the music mixing app is not regularly updated after the last update which it claimed to have solved the most serious problem experienced by users; that is, having the app stop after updating android to the advanced version.

The app has a good look, and good audio quality after you mix your favorite music, and accurately discover the beats per minute of any song.

The song mixing app requires android 4.1 and it has been installed more than 3,000,000 from the Google play store. Some of the features of the music app are listed:

• Stable match up one-press, and the 2 tracks never leave the stage
• Split Mono: pre-listen your music tracks before blending them (in application)
• Dynamic, manual pitch twist
• Adjustable, manual pitch run (4, 8, 16, 32, 100%).
• Making any track adjust appropriately
• Crossfader with 3 modes: cut, autofade, typical
• Music player is good with MP3s, AAC, FLAC, and the sky is the limit from there. 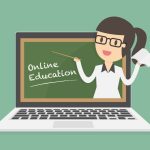