Cybersecurity has a lot of threats which are increasing on a daily basis.

The damages which are related to cybercrime cost billions of dollars to companies in all sectors.

The numbers have been seen to be on the rise after the latest cyber attacks on US companies and political parties.

In order to cut off the cyber attacks more and more, organizations have shown interest in increasing the security of their digital systems.

Many still think that the costs involved with the present range of tools and services are enough to curb the cyber attacks.

Cybersecurity has proved to be important in the present time due to the following reasons.

Expert hackers and the cost of the attacks

In today’s world, most businesses have their websites. These websites are public  and people with the right set of codes can gain entry into the internal networks.

The hackers will benefit a lot with the data breaches.

There are a number of cases where an organized cyber attack was initiated for the benefit of many.

There were even some well-funded attacks made with some of the largest companies in the world. One such example is Deloitte.

This company is one of the largest cybersecurity consultants which experienced an attack in the previous year.

Since there are so many co-ordinated cyber attacks recently, which keep increasing, businesses are open to the threat of getting their security breached at one point or another.

This requires them to put some controls in place which will help them in detecting the attacks and respond promptly to the suspicious activity even before it causes any kind of disruption or damage.

The cost of data breach on an average last year was around $7.91 million, in US alone.

But even these numbers seem to be heavily underestimated.

Apart from the financial damage done to the company, there is also the cost of recovering from the data breach, not to mention the damage to the reputation of the business.

If a business goes under cyber attack, then the customers to the business will not trust the company and will invest their money in any other place.

It will also affect the business in terms of gaining a new customer.

On one side, there are organized cyber attacks which are funded generously.

Apart from this, there are several tools available online which can be used by even less skilled hackers in order to cause a data breach.

With the reach of the internet and the hacking programmes available basically, anyone can get the needed resources which are essential to creating an attack.

There are several devices which are smart enough to prevent such attacks which come under the term internet of things.

They are common in the workplace and in homes.

While they seem to speed up tasks and simplify the process, they also help in increasing the accessibility and the control of the systems.

While it seems to benefit the business, if this is not managed properly, then it will open a gateway for cybercriminals to cause an attack.

Since there are billions of systems connected under the internet of things, the danger is only going to increase as the years’ progress.

So, it is better to carry out regular assessments of the systems by checking the source address and identity, which will avoid the risks involved.

There are also regulations in place now, which expect the organizations to take their security more seriously.

Failing this, they are heavily fined too. Organizations are expected to implement proper security to secure the personal data and to identify, review and report any kind of data breaches. 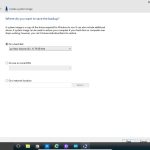