Robotics is a branch of Science and Engineering (Computer science and Mechanical Engineering) that deals with the design and construction of artificial intelligence machines, known as robots, and the use of computers to direct and control their features and functions.

There are different types of robots and the classification is usually subjected to the opinion of the writer.

Some publishers can also classify robots based on functions or locomotion; like Stationary robots, wheel robots, legged robots, flying robots, swarm robots, swimming robots, and so on.

These types also have subcategories that are also classified as types of robots. 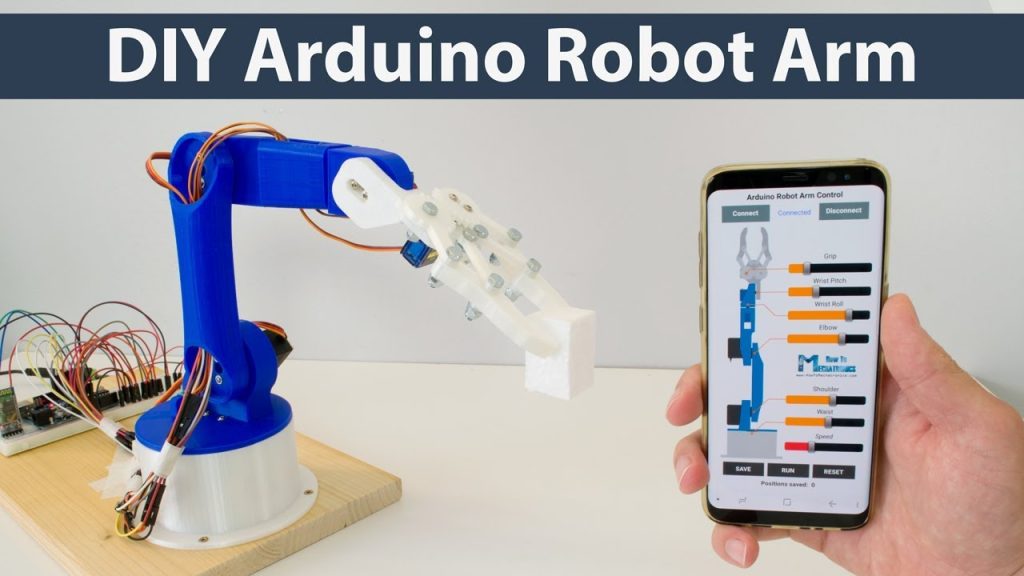 Some Robotic arms you can Build with Arduino

Today, we’re working on articulated robots (robotic arms) and if you’re already familiar with robot technology and computer programming with the Arduino board, I will suggest these laudable projects on the construction and development of a robotic arm.

To start a would-be successfully project of a robotic arm, you can learn from the experience of this guy and another illustrative guide to remember in the construction of high-speed CNC routers, a trend that started recently.

In the next project building robotic with the tutorial for the construction of a robotic arm with servomotors that are controlled by the Arduino program, these are the Materials needed.
1 Arduino Uno
1 Protoboard
2 Micro-servos
4 Micro-pushbuttons
4- 220 ohm resistors
(x) Cables

Now, moving to the EDUTRONIX channel to learn about its recent projects, the robotic arm with three servo motors and Arduino without a bookcase is the methodology to allow its use in any microcontroller.

Today, we all realize the importance of robots and we benefit from this evolution.

There are many things robots are used for and some of them are things that humans can not do. Robots help to enhance business and it’s become part of our life today.

The use of robots in the future will grow exponentially from domestic use, industrial use, business, school, etc.

One of the main developments in robotics is the implementation of the arms automats to execute tasks of the human arm at the industrial level, perfecting movements and becoming a transcendental invention for Business production.

2 thoughts on “Meaning of Robotics, Different Types & How to Make Robotics Arms with Arduino”