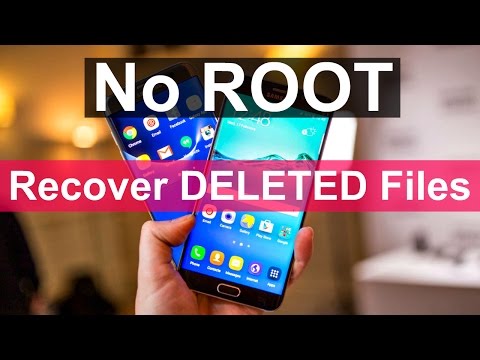 Data, a very vital resource in the 21st century, is part of what makes the world go round in all spheres of human endeavor ranging from business, decision-making, policy articulation, research, and development to analysis.

The evolution of concepts like Data management, Information security, Information/data warfare, hacking, encryption, decryption, cryptanalysis, backup to mention but a few, all give credence to the fact that data has assumed a critical role in the social-economic life of the global community.

In the light of all these glaring facts, there is an ever-increasing need to ensure data security, a major element of which is data backup/recovery.

Other elements include data access control, encryption, safe transmission, and so on but data backup and data recovery on Android phones using data recovery mobile apps particularly will be our focus here.

Before going into the nitty-gritty of what phone data backup/recovery entails, we need to first clarify what data is.

Backup on its own simply denotes the duplication or replication of file/data on a storage medium separate from that which the original files are.

This technique is widely used over the world to build resilience or put in place an anticipatory response to the possibility of data loss or damage.

For Android, we are going to focus on the appraisal of some of the apps useful for this important security measure. Some carriers pre-install backup apps while others don’t, requiring users to download.

SUPER BACKUP APP DOWNLOAD: This is an android data backup application produced by ‘MOBILEIDEA STUDIO based in the Chinese city of Hongkong.

This app promises to backup and restores data created by apps, saving users time and energy setting up re-installed apps, and also enables the restoration of applications in batch, all for devices having superuser(root) access enabled.

However, both rooted and non-rooted devices can enjoy the backup of apps, call logs, contacts, download links, SMS, bookmarks all to SD card, users can also restore Games.

It also provides automatic scheduling as to when to backup both to SD and cloud storage media like Google drive, Dropbox, Gmail, etc.

Besides English, the app also has translations in several languages like Russian, Arabic, Italian and polish to mention a few.

One weakness of this app seems to be that it doesn’t backup media files like music, videos, pictures.

However, the feedback on the Google play store is encouraging.

Second, in line is the GT RECOVERY APP: It is also developed by a Chinese company, Hangzhou kuaiYi technology.

It’s an app that allows backup of media files, apps, contacts, SMS, etc. It also provides for retrieval or restoration of games.

However, one thing I think is a turn-off for this app is that it’s almost useless to users who don’t wish to root their devices, in other words, the app requires permissions only available in rooted android phones to run effectively which will, in turn, affect its user base.

Surprisingly, the feedback on Google play store has been a mixed bag of positives and negatives which is a minus for me.

RESTORE IMAGE RECOVERY APP DOWNLOAD: A backup app offered by AlpacaSoft. Just as the name implies, it is limited to backing up only images i.e videos, apps, call logs, SMSs, etc, which are beyond the scope of files it offers backup services to.

Despite this, it has recorded an unexpectedly high download figure on Google store (1,000,000+).

Lastly, we have APP BACKUP AND RESTORE offered by Apex Apps: It’s a backup tool that is also restricted to backing up files containing the file extension ‘.apk’- an extension for the android app.

Simply put, it backs up only android applications and nothing more. It has 10,000,000+ recorded downloads.

The sizes of the aforementioned apps range from between two to almost five megabytes with the second being the most sized app.

There are other apps like Dr. FONE and FORMAT DATA RECOVERY which have elicited very negative and discouraging feedback from their users.

Finding the right app for you can be a very complex task considering the number of apps available but you can simply choose your choice now with insight into the functionalities of the reviewed backup apps.