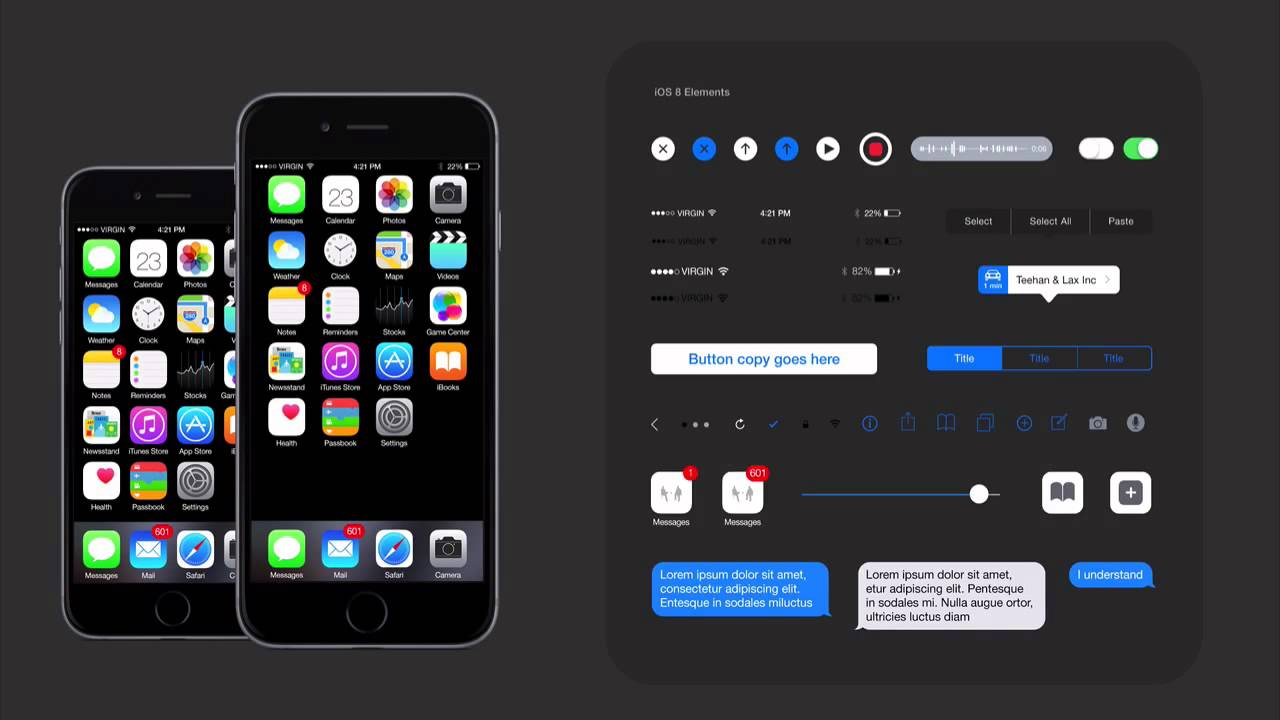 If you want to develop a successful mobile app that “book a permanent space” on the users’ phone memory, you need to settle from the competition. First and foremost, you need to brainstorm to get a very good idea and good marketing approach. It’s not a must to be a new strategy but a very nice tweak will do you good.

Having said that, just like search engine optimization (SEO) of webpage, if the Onpage sucks, the Offpage is not likely to yield the best result, that’s why you need to put the App design, especially the user interface in mind since it’s another important factor for the success of your app.

Their user interface can make the difference between a merely good and a fantastic app. If you are developing a user interface for your Smartphone app, there are some things that you should observe.

Make the Usability of the App A Priority
The meaning and purpose of your user interface is always a most pleasant experience for the app users in dealing with your app. To achieve this, always make the needs of your users in the foreground.

These are usually as follows:

A user interface must first and foremost work well and do what the user demands of it. In addition, make the app to quickly execute the commands of the user and be intuitive to use. Here, we show you five tips that you can use to develop a fantastic user interface for your app.

1. Plan the Experience level of your Users
Many developers make a homogeneous mass when they think of the users of their apps. You assume that their users have similar intentions and also have similar degree of experience in dealing with the Smartphone.

Keep in mind, however, that there can be quite different segments in your target audience. There may be several user groups which have very different goals and also have varying degrees of expertise concerning the handling of a Smartphone.

For example, someone that is not familiar with the use of smartphone tend to be slow while scrolling through the various functions of your app. When you make a common mistake when selecting user elements and are somewhat uncertain as regards the function of certain buttons.

Experienced Smartphone users know, however, exactly the elements in an app and their function (that is, what they are responsible for). They are clearly sovereign in dealing with apps and want to act quickly and effectively. If you are developing a user interface for your app, you should keep this in mind.

Your user interface should be simple and informative enough that even beginners
can cope well with it. At the same time, you should make it efficiently okay so that experienced users do not feel curbed by your interface.

2. The ideal Size of the App Buttons
You should always make the buttons in such a way that, they are easy and comfortable to press. The size of the buttons depends on the size of our fingers. If they are too small, then your users will have problem typing almost all the time, so also if it’s too big.

Ensure that your buttons have a minimum diameter of one centimetre. In addition, to specify another certain form of buttons, so the users can easily spot some keys so that they can have good viewing experience. This is a good way to demonstrate to inexperienced users that these keys are particularly important.

So, you accommodate inexperienced users, without thereby slowing down experienced users when navigating your app. You can align the size of the buttons then, based on how often these elements are used. You can design the most important buttons to be bigger, for seldom-used functions, it may be somewhat less.

3. The placement of controls
In many apps, the controls are attached often either at the bottom or at the top of the screen. Here is an idea that is perhaps a little counterintuitive at first glance. Attach the buttons in a corner of the screen. So the user can access it easily.

If the user is right-handed, he can reach the bottom well at the right corner particularly with his thumb. For left-handed, the left corner at the bottom of the screen is particularly pleasant.

At the top, you should attach any buttons that the user has to reach frequently. This could otherwise affect the users’ experience and make them little comfortably with their operation.

Basically, they are always well served to bring the most important controls at the bottom of the screen. Install the most commonly used buttons best at the lower right corner.

4. Plan natural finger movements in your user interface
Not only the placement of the buttons is important for a good user interface. Thinking about it after, it enhances the user experience if their thumb often follows a pattern of the movement (natural finger movement). For a right hander, it is for example much more pleasant to set up the thumb in the lower right corner and to draw the screen in a circular motion.

A linear motion is unnatural and less convenient. If you are integrating controls such as a slider or “a select list” in your user interface, you should keep this in mind. Think about how your users can keep the Smartphone in hand and make it particularly pleasant and comfortable for them to interact with the app.

5. Make your User Interface as simple as possible
When your users have to choose more buttons, navigation becomes difficult for them. Instead of cluttering your user interface with various controls, you should keep it deliberately minimalist and simple.

Psychologist, George Miller assumes that, different things can be saved on average between five and nine in our short-term memory. This figure has proved useful in the field of design. So, be sure to accommodate not more than nine different controls on a single screen.

Even if your app offers different many functions – most people use only a limited number of main functions. You can reduce the complexity of your app by just placing less important functions in a secondary screen. Only the main functions should be on the main screen and at first glance to the user in order to make user interface very intuitive and easy.

Conclusion
A well thought-out user interface can make the difference between a good and a fantastic app. We have shown you five valuable tips on how you can make your app users have pleasant usability of your apps. If you implement these ideas, then you are on the best way to provide your users with a fantastic user experience.