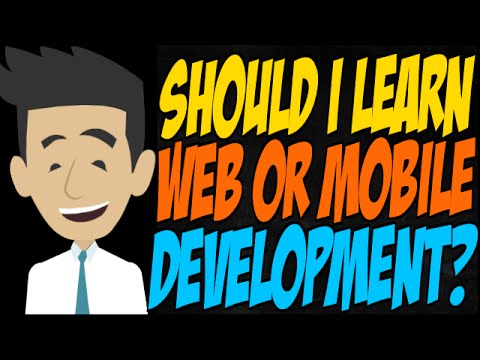 Ten Tips That Help in Choosing the Platform For App Development

Code rights, lean startup, testing and targeting
After the initial idea is often followed by an app concept and a first prototype, what comes next? Without some basic considerations and some background knowledge, not a marketable product can be created.

We contacted some app development firms and asked them to share the most important experience or considerations, which can be interesting or important for app programmers. Here are the top ten suggestions.

1. Native or Framework
App developers should equate to this question at the beginning, especially if the availability on multiple platforms is important. With a knock on all platforms, an app to have the promise of Phonegap, Appcelerator et cetera, is simply too tempting not to be properly scrutinized.

These frameworks for apps can be in principle, where it mainly comes to display text and other “light” content. If there should be something like custom animation and data-rich content, it is however recommended to work natively and not using a framework.

3. No Big Launch Plan
A big, co-ordinated launch with press and marketing campaigns is generally discouraged. Hardly a startup make its first launch date without having to postpone the date later probably because they usually experience so much avoidable trouble and stress.

With an iOS app, the examination process by Apple has complicating factor which takes at least between five and ten working days. Generally nothing should go as soon as the app is stable and comply with HUI sticking guidelines.

However, even a reviewer having a bad day and can deny the app due to any trivia. And a refusal means that you stand back in the queue and must wait. And last but not least, it can happen that the reviewer rejects the app immediately after the notice of the first denial reason.

That is, it lists no other possible reasons of refusal and you can start per lack from the front and each with five to ten days account verification process.

4. Lean, but less than in the Web
We are big fans of the lean startup framework. However, the minimum expectations of the users of Apple products higher than serves on the Web, the beautiful world of Apple are flat.

This means that you should publish an app that is still considered first only with its most basic function, to find out whether anyone wants to use them. But you must work absolutely flawlessly, otherwise, you get too many poor reviews. And a little cute design should be there.

5. Think about User interface
If you have a website and would like to make the whole features accessible on app, good design is very Paramount. For mobile phones, the user is frequently on the road to
navigate with one hand and want to consume rather than enter information, and has a shorter attention span.

Accordingly, it is worth to make the features of the product, which are the consumer at short intervals to identify and this in the app in the foreground. The user experience is ever much considered before the features of the app. Without good UX design, the marketing of the app may be negated by poor design.

6. No links to buy Digital Content
Apple sees its devices as a country where it can take 30 percent tax from sales of digitialer media. That means apps with links to websites in which books, movies, music et cetera for sale are offered, fly out during the review process.

Sales can be made only through the in-app-purchase program which is admittedly somewhat more comfortable for the user and can have higher conversions. Because he must enter only his iTunes password to complete the sale and not typing a long credit card number. It costs the app developers but also 30 percent of sales.

7. Automatic Tests
The implementation of automatic testing for the most important components of the app is fundamental. Nothing is more annoying than having the app finally in the store, then after some days, it’s restricted to be used.

Automated tests are no Holy Grail but they reduce the probability of errors enormously. They also call for the development of a good architecture and so one can separate the chaff from the wheat of the developer.

8. Manual Tests with an Old Device
For manual tests, I can advise only to use an ancient device. Nothing seems to attract more 1 star ratings as a crash of the app. If the app works perfectly on an old device, it is in the safe zone.

9. Keyword Optimization can work
Appstore search optimization (ASO) is still very new and difficult especially because you get no referrer for individual downloads. This means that you can only smart guess where they actually are. Nevertheless, it is worth especially for apps from unknown brands to invest some time in keyword optimization. Appcodes is a good tool for this.

10. Tracking
Using an app on a Smartphone (see point 5), is different from the use of the website on a computer. The Analytics tools of an app have their own requirements. Also, it can happen that the same conversion funnels in one app look very different compared to the Web.

This means that you must measure overall user behavior again separately in an app. Therefore, how is a mobile and Tablet-specific Trackingtool ? Flurry recommended that you complemented best by an analytics tool that can measure the most important metrics across all platforms.