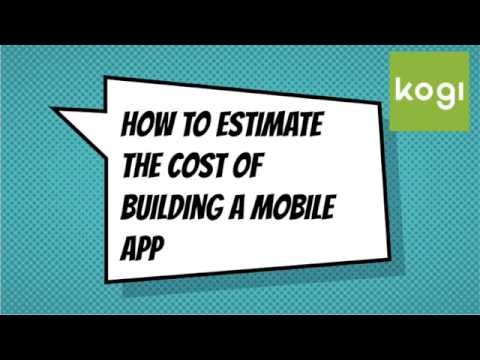 The cost of the app development can vary. It’s difficult to categorize the apps and say how much you need to develop an app as there are other factors beyond platform, design and functionality of the app.

Therefore, we offer here a small overview about it, attention must be paid to what, if you implement an app project plans.

Base cost – overview:
Hourly price for developers: between 50 and 100 euro. Apple Developer account: $99 / year. Developer account at Google play: registration fee of $25 Percent of all profits remain at Apple and Google: 30%. If necessary, Server / hosting cost: depends on the server respectively.

Hosting and needed capacities; Applies only if the apps are connected to Web servers.

Different kinds of apps
The app development: Cost very much depend on what you want to develop for an application. Games are for example usually more expensive than the other types of apps, because they need also a versatile programming alongside elaborate graphics.

The cheapest apps are simple app versions of websites, pure information of apps with contact (for such apps, there are also lots of Web tools with which you can create an app itself, usually for a small subscription payment) or apps that serve only a specific
purpose, such as calculators or flashlights.

However, if the app would have connection to the server, user profiles, different user
roles, various APIs, payment systems, etc., then it can be relatively expensive.

Questionnaire to the cost of the app development
1. what type of app do you want to develop?
iPhone
iPad
iOS universal
Android Smartphone
Universal for Android

In general, the development of iOS and Android apps equal costs respectively. under certain circumstances, the Android app can cost more, taking into account the high number of various test devices.

Windows phone development costs usually more because it is this more or less a “niche”platform which is still not as widely recognized and on the market, there are less qualified developers there who are familiar with this platform.

2. who is the design provided by?
You
By the developer

If you are fit in the graphic design, you can save a portion of the costs, by designing the wallpapers, icons and some other simple graphics yourself and deliver them to the developers; in which it will reduce the time the developer would spend on your project and will definitely reduce the total cost.

3. what should the design look like?
Default/template
User-defined – new

Custom – adapted to your corporate identity or/and your specifications. If the design doesn’t particularly matter for your app, you can use the ready-made templates and save a lot of costs. Otherwise, the design must be developed either completely or on the basis of the existing corporate identity.

The alternative B may cost more because a designer will need to invest more time in creative work.

4. Is your app connected with an external data source (z. (B). Web server, database) ?
Yes
No
If the data from an external source are stored there, the effort also significantly increased. The developer must define several interfaces for data transfer in addition with integration of the existing database or building a new database, respectively.

5. Would you like to have a login system?
Yes, social media & email
Yes, email
No
Of course, the apps with option of A over option B cost more than variant C.

The following points need no explanation in my opinion because it is relatively clear that each of these functions increases the effort.

6. Is payment system needed to be integrated into the app? (Yes or No)
7 your app needs a synchronization of the data across multiple devices? ( Yes or No)
8. If your app include a review function? (Yes or No)
9 be your users have their own profiles? (Yes or No)
10. at what stage is your app?
Idea
Sketch
Finished concept
Prototype

The sooner the stage, the more time a developer or a project manager must invest to develop together with you the idea or the concept to finish. This time costs just as much as the pure development time. Keep in mind!

So, what does it cost to create an app? Alex Ahlund (former CEO AppVee) writes in his guest article at TechCrunch, that is on the basis of his survey of 96 app developers, the cost of an average app on is $453.